It may be all about perceptions, but a late season slump may take the shine off an admirable Hammer’s season. Can the Irons pull European qualification out of the fire? 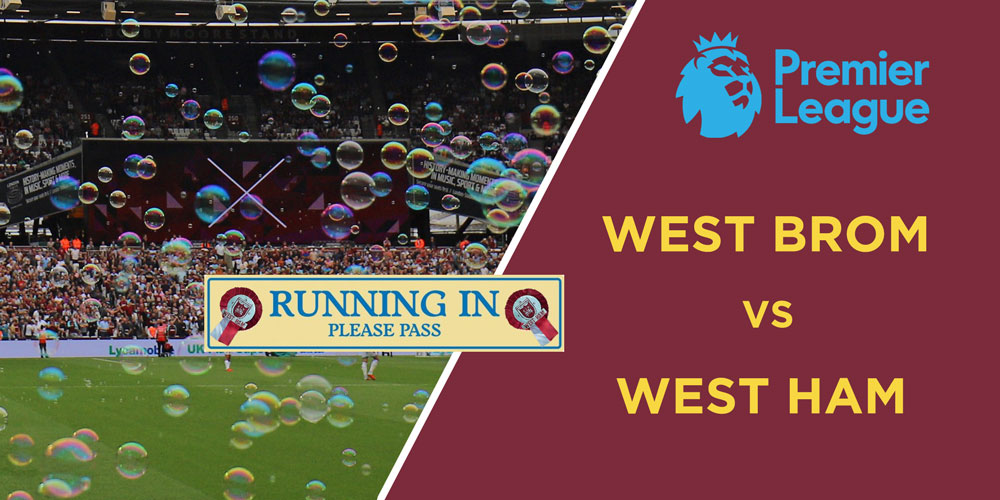 Does anyone remember the ‘Running In Please Pass’ signs sometimes seen in the rear window of cars with a new or rebuilt engine installed? The driver was obliged to stick below 4000 revs for the first 1000 miles or get it run-in. He (or she) could only watch in frustration as the other vehicles raced by. The recent West Ham run-in experience has brought those stickers to mind.

Securing a top four spot and breaking the big club dominance of the Premier League was always going to be a tall order, just as it might ultimately be for Leicester on the final day. Yet, there is a feeling that, if it was ever going to happen for the Hammers, this was the year of opportunity. That the dream was kept alive so long is no small credit to the manager and players.

The first season run-in calculators started to appear with around eight games to go. At the time the Hammers had 52 points from 30 games – a creditable average of 1.73 points per game. There were tough games to come against Leicester and Chelsea but apart from that the remaining games looked winnable. It started with great promise and victory at Leicester saw us up to fourth, just a point behind the Foxes. Then momentum suddenly stalled as defeats to Newcastle and Everton, coinciding with critical injuries, took a heavy toll. A return of just seven points from six games (1.1 points per game) had left us in the slow lane and we could only watch as Chelsea, Liverpool and Tottenham all roared past. Was this a repeat of the disappointing end to the 2015/16 season?

Football has much to do with perceptions. Consider those two rip-roaring 3-3 draws against Tottenham and Arsenal. After the first, joy and elation to celebrate a miraculous comeback; after the second, despondency and anger at throwing away a three goal lead. Similarly, a late end of season charge taking us from tenth to seventh would be viewed very positively, while slipping from fourth to seventh is seen as a huge disappointment – even though the outcome is the same.

Still, all is not lost. Two attractive targets remain available to the Hammers. To secure a claim for some form of European adventure next season, and the chance to finish above a Tottenham side reeling from the intended departure of Citizen Kane (his probable destination). Winning the final two games, starting away at The Hawthorns tonight, must be the catalyst for hitting those targets.

You wait half a season for one Albion and then two of them come along together. A largely forgettable draw against the Brighton and Hove variety at the weekend saw the Hammers salvage a priceless point with a first ever West Ham goal for Said Benrahma. Perhaps he can now feel a little less anxious about the need to get on the scoresheet. As in the Everton game it was a very poor (and similar) goal to concede – an opposition forward allowed to simply run past a static defence. Is that too high a line to play with little pace in the centre of defence?

In attack, the Hammers once again struggled to sparkle in a game where space for forward runners was denied by the opponents. Setting up as a fast counter-attacking side is all well and good (and it has reaped tremendous dividends on plenty of occasions this season) but there are times when a different approach is needed. One that shows greater intensity but also the variety and guile to get behind and break open defences. In the game against Everton and Brighton there was plenty of probing but most of it was so predictable and short on fervour. Energy, passion, intensity and bravery need to be on show tonight.

Recent woes have highlighted the downside of not having a natural goalscorer in the squad. Sharing the goals around is great but sometimes you need to rely on the guy who is almost guaranteed to put away the one chance that falls his way. I believe West Ham are the only top half team where no-one has yet to reach double figures in the scoring charts.

It is impossible to know how West Brom will approach tonight’s game. There are always two schools of thought on already relegated sides. Either they will play with freedom now the pressure is off, or they will already be mentally basking on a green list beach somewhere. They certainly played with a spirited determination against Liverpool at the weekend and I don’t think we should rely on last-minute goal drama such as a Lukasz Fabianski overhead scissors kick for salvation. A half-hearted resistance from the Baggies, like that shown by Norwich at the end of last season, would be perfect. Albion did after all start out in life as the West Bromwich Strollers. Does Big Sam (I’ve Only Ever Been Relagated Once) Allardyce owe us any favours?

Team-wise we are left with only the usual matchday debates between Craig Dawson or Issa Diop and Said Benrahma or Jarrod Bowen. Injuries aside, everything else usually stays the same. If we should be looking for late goal-scoring heroics then wouldn’t Mipo Odubeko be a better hat to throw in the ring than Andriy Yarmolenko? Surely, he couldn’t perform any worse.

Despite the apparent shortcomings in penetrating massed defences, West Ham have a decent record against bottom half sides this season. The thing about a massed defence is that you only have to breach it once and the floodgates are wide open for good. This is my hope for tonight. A headed set-piece goal followed by the rampant Hammers running riot with a 4-1 win. COYI!

2 thoughts on “Running In Please Pass! More Revs Required To Put The Brakes On Hammers Slide Down The Table”