A summer of hesitation and haggling in the transfer market leaves the West Ham squad little changed from two seasons ago. Will treading water see them swept away by Manchester City? 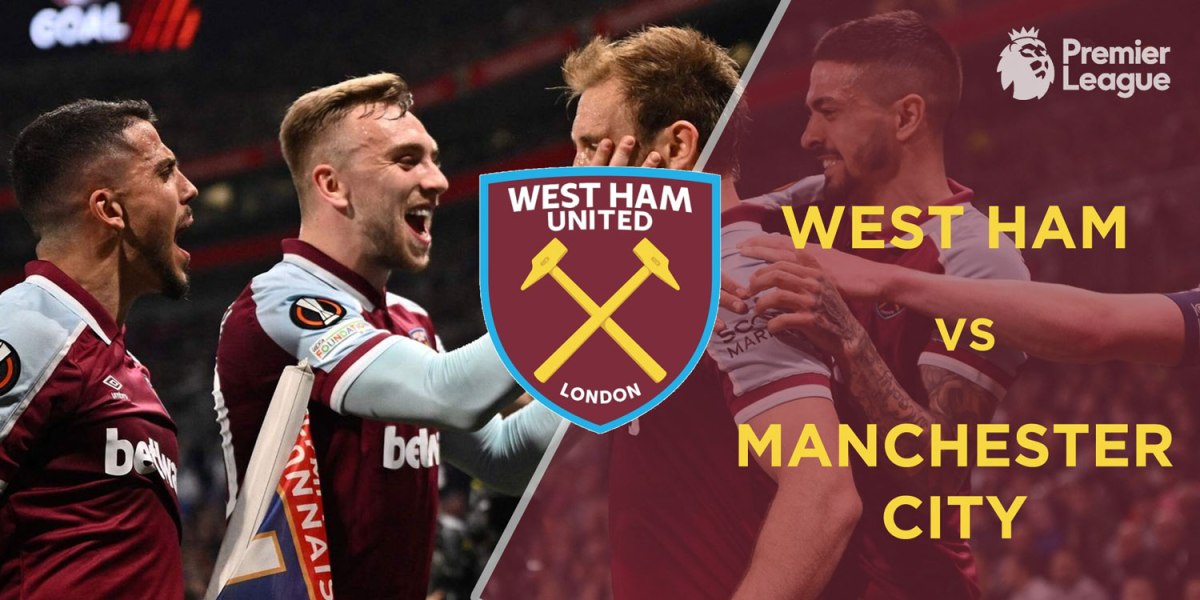 The life of a football supporter is not always a happy one. No sooner had we hung up our bobble hat and rattle in May than we are bombarded with a daily onslaught of speculative transfer stories. From the sublime to the ridiculous, exciting to depressing. Where is the time to unwind on the beach with a pina colada and a Harold Robins paperback? Then suddenly the new season is on us, as premature and uninvited as the strains of Noddy Holder in a shopping mall in early November. The start of interrupted campaign, severed in two by the misguided award of the World Cup to Qatar.

By any measure, the Hammers give the impression of being ill-prepared for their new task. Lack lustre friendly performances can rationally be overlooked, but the struggle to reinforce an already threadbare squad before of the opening round of matches brings consternation to all but the most delirious of optimists.

I did write in a previous blog that I wouldn’t be shocked if no more than two new signings featured at the London Stadium pitch on the opening day of the season. With the window not closing until the end of August, it is no surprise that clubs with a fetish like ours for haggling would continue to-ing and fro-ing until the final knockings. On the one hand it is reasonable to want value for money but it is also a risky strategy as the clock ticks down and desperation sets in.

As it is, with unfortuante injuries and fitness concerns, the starting eleven on Sunday now looks limited to those who palyed out the end of last season. Or, for that matter, those we ended the 2020/21 season with plus Kurt Zouma. And all without the option to call on Noble, Yarmolenko, Fredericks and Masuaku from the bench.

As there is so much nonsense written about transfers in the media it is difficult to separate fact from fantasy. Does David Moyes keep changing his mind about his targets? Is David Sullivan continually throwing curve balls into negotiations at the last minute, demanding easy payment terms and quadruple green shield stamps? Who knows? I don’t believe we have been pursuing unattainable targets but there is a sense of spending too much time and effort pursuing some deals when it would have been more sensible to insist on a time limit and move on.

On paper, the deals that have been completed look encouraging. Both Gianluca Scamacca and Nayef Aguerd should strengthen the first team and provide Moyes with more options to vary fornations. Flynn Downes may well turn out to be an astute purchase but will likely be limited to cup competitions, for the time being at least. And, of course, Alphonse Areola has finally become permanent heir apparent to Lukasz Fabianski – it’s only a matter of time! At time of writing it is also widely being reported that Maxwell Cornet will also be signing.

We are told that further signings will definitely happen before the end of August. Ideally that would be a minimum of four or five additions although past performance with progressing deals in parallel does not inspire confidence. The outstanding priorities in my opinion would be a left back (crucial), a touch of finesse in central attacking midfield, pace wide on the left of midfield (may be Cornet), an additional backup striker option and further cover either in defensive midfield or at centre back.

How well we recruit will determine what is achievable during 2022/23. We have enjoyed two exceptional seasons, by West Ham standards, but there can be no room for complacency. The manager and team have overachieved through effort, team spirit and a canny organisation of limited resources, but the style of play and its weaknesses are now known quantities to even the dimmest of opposition managers. Failure to adapt and pose different problems for opponents will lead to gradual decline, following Leicester down the Premier League table. Improvement requires more creativity in the final third and greater athleticism at the back, where Aaron Cresswell, despite an admirable Hammers career, is an obvious weak link. Although it’s great to see West Ham compete against the big boys it is needlessly dropped points to teams in the lower half that must be eliminated if the run of top half finishes is to be continued.

In what could well turn out to be a sticky run of opening games, the Hammers curtain raiser couldn’t be much tougher than entertaining serial Champions, Manchester City. The Citizens are sporting something of a new look up front with Haaland and Alvarez replacing the departed Sterling and Jesus. Also newly recruited is Kalvin Phillips who presumably takes over the tactical fouling role vacated by Fernandinho – the Brazilian joining a large exodus from the Etihad along with Zinchenko and a dozen others I’d never really heard of.

It is difficult to see past City or Liverpool for the title, or past the usual big spending suspects for the remaining top six placings. Outside the big six, Newcastle will surely be the most talked about and over-hyped club of the season – with flabby bare-chested Geordies rarely away from our TV screens and internet streams. Clearly, they are now best placed in terms of financial clout to mount a challenge to the ‘natural’ order things, but that may take a few seasons to emerge. I have an unaccountable feeling in my water that Aston Villa will be the surprise package of 2022/23. My other tip is for Ralph Hasenhuttl as the first managerial casualty of the season. My full predicted final league placings are as follows:

The best hope for Sunday’s game is that City’s new boys are still finding their feet and are not yet ready to click. Football folklore is littered with marquee signings running riot on their debuts against West Ham. The story of a Haaland debut hattrick is one that every headline writer and pundit will be looking out for. Can we keep him quiet? It is a classic case of hope versus expectation. My fingers and hammers are crossed! 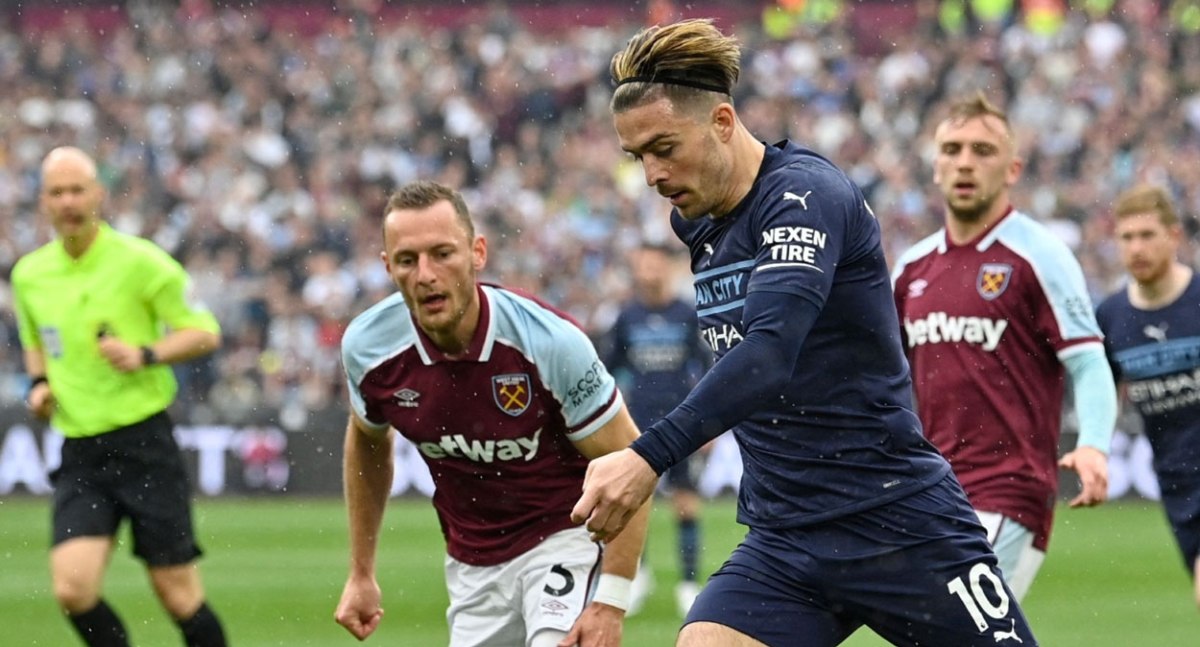 It seems like only yesterday when season 2021-22 drew to a close. It has barely rained since then! Of course being a year divisible by two we would normally expect a major competition in the summer break, and this time around it would have been the World Cup. But that is not the case as due to temperatures in Qatar the 2022 tournament is being played in the weeks leading up to Christmas which will have a big impact on the 2022-23 season. We’ll get the mid-season break that so many campaign for but with a difference in that many of the leading players will not be resting but exerting themselves in the heat of the Middle East.

We did have a tournament to watch though and I have to say I enjoyed it immensely, especially the climax last Sunday. Euro 2022 for women filled our football gap and the Lionesses did us proud with their excellent victory over the Germans. It remains to be seen whether the legacy of the competition will be a higher profile for the women’s game at the top level, although I’m sure it will lead to greater participation of girls at junior levels.

Anyway, it’s back to the Premier League with West Ham entertaining the champions Manchester City in the opening fixture which will be televised this Sunday, 4.30 pm kick off. What with TV plus our involvement in the Europa Conference League on Thursdays, it will be some time before we get to see a Saturday 3pm kick off at the London Stadium. Is the first game of the season the best time to be playing the team that are odds-on favourites to finish on top again? Perhaps it is. They took a while to get into their stride last season, and we gave them a good game in the 2-2 draw towards the end. I’ll begin this season’s match predictions by going for another 2-2 this time.

It has been the usual summer in respect of speculation regarding incoming (and outgoing) players at the club, and at the time of writing I remain to be convinced that the squad will be anything other than paper thin once again. But I fervently hope to be proved wrong. Nayef Aguerd seems to be a good acquisition but we know what happened in the friendly at Rangers, and following his operation it seems unlikely we’ll be seeing him for a while, possibly not until after the mid-season World Cup?

Gianluca Scamacca too is an international footballer and we’ve been crying out for ages for a top-class number 9 (who I understand will be wearing number 7). I am hopeful that he will turn out to be one of our better buys. Some of our forward purchases in the past decade (or even longer) have not really been up to scratch have they?  The last high profile Italian international centre forward (Zaza) joined us on loan from Juventus at the beginning of the 2016-17 season, our first at the London Stadium. He played eight times and didn’t find the net once before he was shipped off to Valencia, and then ended up at Torino. In 145 games since leaving us he has scored 35 goals, around 1 in 4. I’m hoping that Scamacca has a much better strike rate than that.

Flynn Downes is an interesting one and comes highly regarded by those who have seen him performing at Championship Level. But can he do it in the Premier League? And will he get the chance? With our injury record then the answer to the second question is probably yes. Bowen made the step up to the top level from the Championship so let’s hope Downes can do the same. I reckon he’ll shine if given the opportunity, but it’s wait and see. Areola made his move permanent (like so many it seemed to take ages to get it ‘over the line’) but he was already here last season and was proven at top level. It can’t be long before he becomes the league custodian and Fabianski the Cup one can it?

At the time of writing that seems to be the total of incoming players, but will the squad be strong enough to challenge for the top six as well as have another good European and domestic cup campaign? We are famous for adding players as the new season gets underway and when the window is about to slam shut so there could be more, but as it stands we would still appear to be light. Perhaps some of the Academy players who have done so well at their level in recent times will make the breakthrough? It would be great if they do, but they need to be given the chance to prove themselves.

Traditionally before the season commences I predict the finishing positions next May. It would be great if we could improve on last season’s 7th, and with Chelsea and Manchester United in some form of transition perhaps we can, although it will be difficult without further top-class investment. I reckon both North London clubs will have good seasons although I hope I’m wrong with my prediction for third place! So here I go for 2022-23: