Or will this be another game to add to the long list of ignominious FA Cup exits for the Hammers? 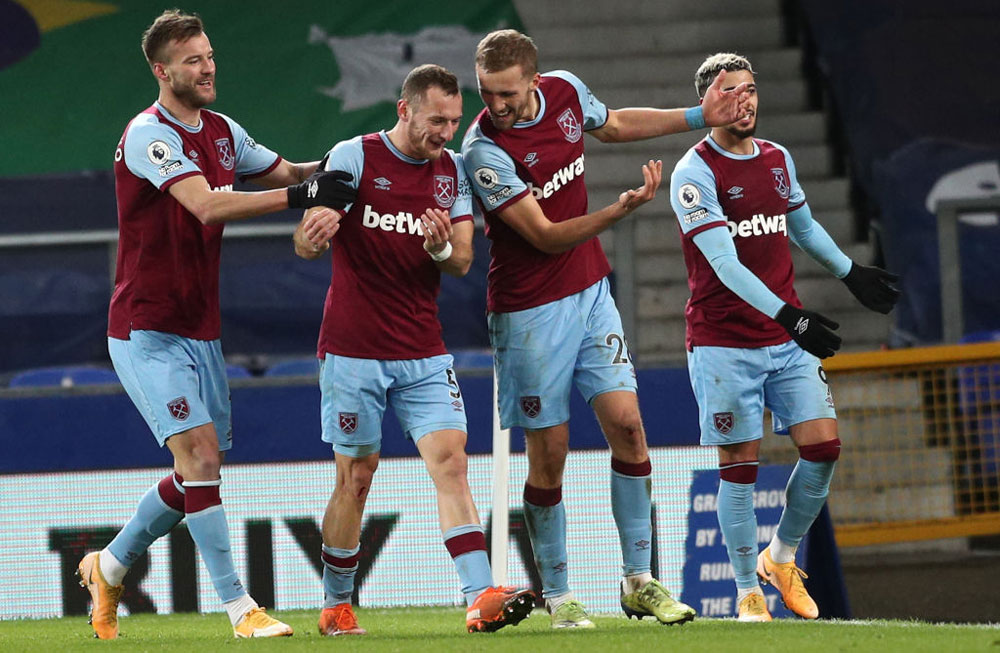 How many of you reading this can remember the last time West Ham beat Stockport County? No, me neither. It came in an FA Cup 4th round tie at Upton Park in January 1958. We won the game 3-2 with two goals from Eddie Lewis and another from Vic Keeble. We were in the second tier of English football at the time and finished that season as Champions and were promoted to Division One. Stockport were in the third division. We went out in the next round losing at home to Fulham.

We had actually played them in the FA Cup before way back in 1935. We were in the second tier then, too, and we drew 1-1 at home in a third round tie, and then lost the replay 1-0. Stockport were also then in the third division.

Our record against them in the League Cup is equally poor. In 1972-73 we faced them in the third round. That was one of our better seasons in the top tier, as we finished sixth in Division One. Stockport were a Division Four team at the time but still beat us 2-1 with Clyde Best scoring our goal. Don’t be fooled and think we fielded a weakened side. On that Wednesday evening we had Bonds, Moore, Brooking, Pop Robson and all of our other first team regulars, only making one change from the side that had played (and won) a league game the previous Saturday.

Then in 1996-97 we met them in the fourth round and that was the only time I’ve seen Stockport play. It was at Upton Park and we could only draw 1-1 with Florin Raducioiu scoring our goal. Once again we fielded our “first team” as we did in the replay three weeks later. I can remember watching that game on TV, obviously chosen as the broadcasters could see a potential upset and they weren’t wrong. It was a night to forget for Iain Dowie, as not only did he head a goal (into his own net!) but he also broke his ankle. Julian Dicks scored our goal but we went out of the competition losing the tie 2-1.

An ignominious record in cup ties against Stockport is matched by some poor results in the few league games in which we’ve met them, as we have not very often been in the same division. Our record in away games in the north west at Edgeley Park is played 4, lost 3, and drawn 1, 0-0 back in 1937. So in 7 away visits in the league and cup ties we have lost 6 times and drawn once.

These days Stockport have sunk even lower in the football pyramid and are now in the National League. They are having a decent season and currently sit in fourth place, but some distance behind the runaway leaders, Torquay. In a very tight division they are hoping to get back into the Football League, although it would almost certainly only be via the play-offs.

In modern times teams in the Premier League (and sometimes lower leagues too) don’t treat cup games with the same respect as was once the case. League positions and the money that accompanies them are considered more important than chasing trophies, even though to win a cup only requires a successful run in a handful of games. Stockport on the other hand will almost certainly field a full strength side in a bid to claim a Premier League scalp. The broadcasters see the game as a potential upset too, and the TV cameras will be at Edgeley Park on Monday evening hoping to see one.

In my 60 plus years of following West Ham we have appeared in four FA Cup finals, winning three, and losing (unluckily) once to Liverpool in our last appearance in a penalty shoot out in 2006. Some of the teams who have knocked us out of the competition in those 60 years include Huddersfield (twice), Stoke (twice), Plymouth, Blackburn, Swindon, Sheffield United (twice), Mansfield, Middlesbrough, Blackpool, Hull City, Hereford, QPR (3 times), Newport County, Wrexham (twice), Watford (twice), Birmingham, Torquay, Sunderland, Barnsley, Luton, Grimsby, Swansea, Tranmere, Wigan. Last season we lost at home to West Brom (then in the Championship). It makes grim reading, doesn’t it? I could produce a similar list for teams that have beaten us in League Cup ties in the same period too.

Wouldn’t it be great to have a successful cup run and go back to Wembley? The last time I was there to watch us in an FA Cup Final was in 1980 (when I was 26, 40 years ago) when we famously beat Arsenal 1-0 with Sir Trevor’s header. That was the third time that we had won the trophy. I wasn’t expecting that more than 40 years later we would have not won it again.

Those three triumphs were days to remember and easily recalled all these years later. Our league position is comfortable with (almost certainly) no relegation fears this season. I’d love it if we gave it a good go this time. I’m not holding my breath though. But I reckon we can get through this tie. Let’s hope that we don’t add it to the long list of embarrassing FA Cup exits.