Not quite Boxing Day football makes its debut at the London Stadium. West Ham will have to raise their game several gears to break their Brighton Premier League duck. 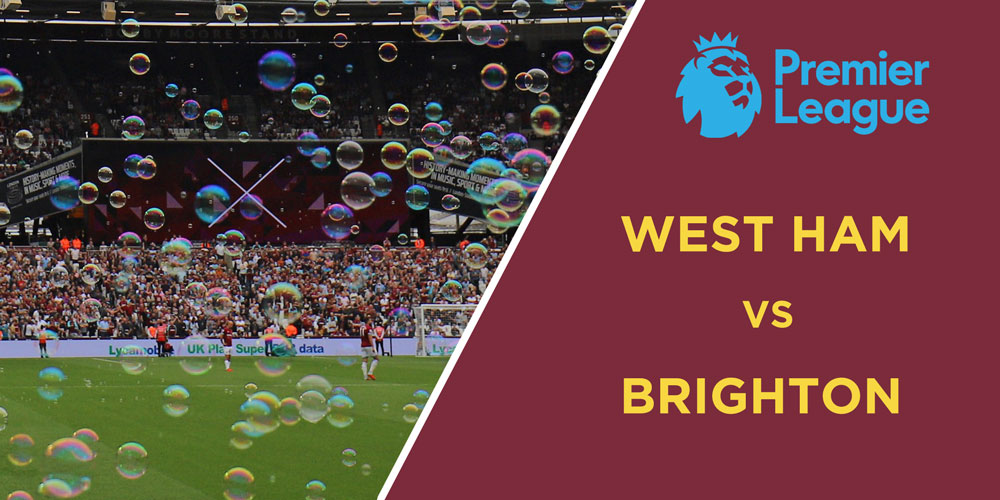 A trip out to an early morning Boxing Day fixture at the Boleyn is one of my fondest footballing memories. I couldn’t tell you how many times that actually happened, but the experience is firmly etched in my personal memory banks, alongside long hot summers, white Christmases and the aroma of fried onions on hot dogs.

Since the move to the London Stadium there has never been a home Boxing Day match and this year has turned out to be no exception. Although today’s game with Brighton was due to be played on the 26th (the first Boxing Day at home since 2013) it was later pushed back 24 hours to fit with TV schedules.

Despite the unusual circumstances that we find ourselves in, the Premier League is slowly adapting to resemble a more typical season, where it is difficult to see beyond Liverpool and Manchester City as credible title contenders.

Although I try to steer clear of too many football statistics (it’s a game is for entertainment, not for study) I found it interesting to hear that teams are doing far less pressing this season than they have in the recent past. Is this a natural evolution in style of play or a result of player fitness/ fatigue in this most compressed of seasons?

Personally, I have found many of the games watched on TV to be verging on dull and bogged down in a congested midfield gridlock. The early doors rush of high scoring games is in the past with goals per game now only marginally above last season’s average (despite Crystal Palace’s best efforts). Caution has replaced progressive, high energy strategies by the majority of coaches, included those with far greater resources than ours.

One contribution to the slowdown in goals scored is the number of penalties being awarded. Having seen record levels in the early rounds of games they are now being awarded with greater discretion. As we are well aware, West Ham are one of just three Premier League sides yet to be awarded a spot kick. Brighton, on the other hand, have witnessed something of a penalty bonanza with ten awarded in their fourteen games played (five for and five against.)

Surprisingly, the Hammers have not won any of their six Premier League games against the Seagulls – three defeats, followed by three draws – and will need to rediscover their mojo very quickly if they are to break that duck. A win would maintain touching distance with the top six chasing pack, while anything less sees us roped in with the dregs of mid-table obscurity.

A run of three games in quick succession in the next five days will test the ingenuity of David Moyes in sustaining some form of momentum while juggling the limited resources at his disposal. Even with a fully fit squad, the bench quality is depressingly light and underwhelming.

Ideally, I would prefer to see a return to 3/5 at the back. Aaron Cresswell is too exposed in a back four, but with Arthur Masuaku missing once again, options are limited – unless Moyes is prepared to give Ben Johnson an outing in the left wing back role. I believe he will stick with a four.

In midfield, there is little doubt that Declan Rice, Tomas Soucek and Jarrod Bowen will all be confirmed starters. Then, hopefully, one of Said Benrahma or Manuel Lanzini (if fit) in the hope of providing some much needed creativity and variation to the attacking play that depends too much on crosses and set pieces. Maybe that lack of penalties is partly down to how infrequently passes are made into the area.

Pablo Fornals continues to divide opinion. Looking at the West Ham pressing statistics (yes, there is such a thing) and no-one does more pressing than Fornals, but rarely leading to possession change. There’s no doubt he works very hard, but is that enough on its own to justify a place? He needs to do far more on the ball. In glimpses he has shown the eye for a pass but pace and strength often let him down.

It may surprise you to learn that the same pressing statistics show that after Fornals, Rice and Soucek with most presses comes Sebastien Haller. As with Fornals, though, his pressing rarely results in West Ham gaining possession.

It is reported that Michail Antonio is back in training and available for selection for today’s game, but it is likely too early to risk him, at least as a starter. We now need to treat him like our finest china – only brought out on special occasions in case it gets damaged. In his absence, the choice between Haller and Andriy Yarmolenko doesn’t set any pulses racing. Perhaps the memory of Haller’s wonder goal against Crystal Palace just gives him the edge.

In truth, West Ham have not had a regular, consistent goal-scorer in the entire Premier League era and not even Antonio comes close to fitting that bill. Only Frederic Kanoute has scored ten or more goals a season on more than one occasion. It’s not that the team have struggled for goals this term, but having a reliable finisher can take away much of the pressure. I think many of us hoped Haller was that guy but he has turned out more deathly than deadly.

Having watched Brighton earlier in the season I am surprised that they are flirting on the fringes of the relegation battle. They have some very decent and lively players – Bissouma, Maupay, Connolly and Trossard all look useful – and play in an open and attractive style. Perhaps boss Graham Potter is simply too adventurous for his own good at this level.

One of the season anomalies that continues to apply is the relative success of away sides. To date visitors have left with all three points in 40% of games played, compared to a 30% success in 2019/20. It will need a committed and energetic West Ham performance to avoid adding to this statistic, and record that long awaited Premier League victory against Brighton. Both teams will feel they can win the game which should make for an interesting and entertaining afternoon.

Time for the Hammers to get back to winning ways with a Soucek hattrick (one penalty) spurring West Ham to a 3-1 win. COYI!

4 thoughts on “Graham Potter And The Deathly Haller: West Ham To Return To Winning Ways Against Brighton”