West Ham should have more than enough quality to overcome League 1 Hull City. But will they show the determination and backbone necessary to see off an opposition who eliminated Leeds United in Round 2? 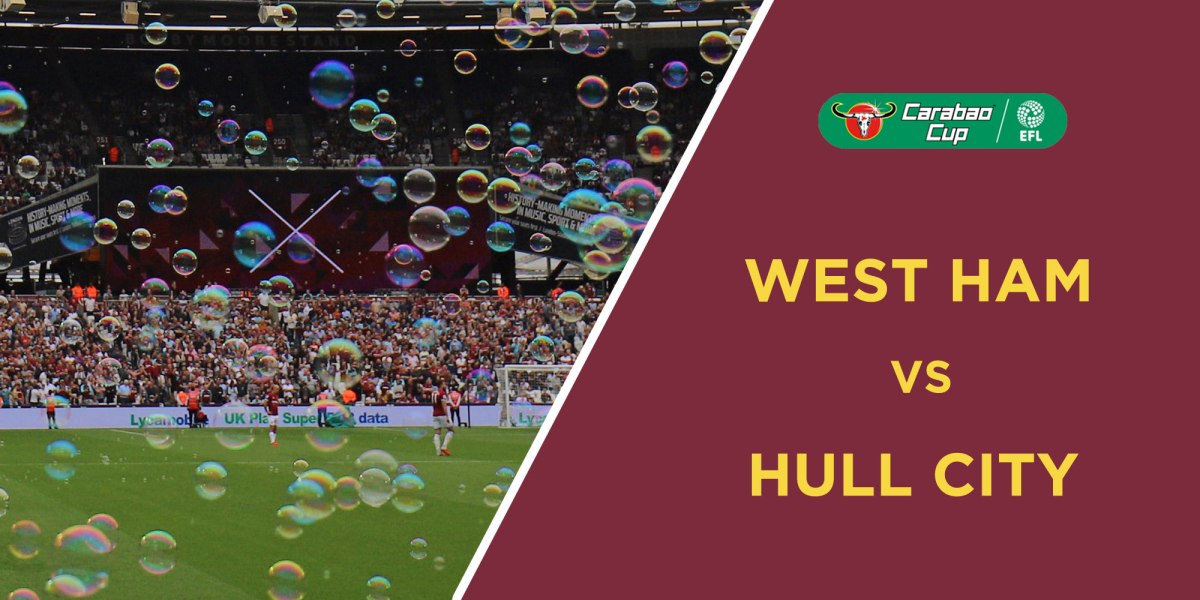 From what I have read on social media there are just a few areas of agreement trending with West Ham supporters at the moment. One is that Messrs Gold and Sullivan need to get out of town – and fast! And the other that Saturday’s performance at The Emirates was a marked improvement over the one served up on the opening day against Newcastle.

If football matches were decided on the basis of statistical algorithms, you could make a case that the Hammers deserved to win at Arsenal, or at least come away with a point. The sad reality, unfortunately, is that there is only one meaningful statistic in football, and that is the number of goals scored by each side. If you don’t take the chances when they come, or if you can’t keep concentration defensively for 90 minutes, then the result will go against you, no matter how well you have played otherwise.

That is not to say that we shouldn’t take some encouragement from the performance. It showed that the team are capable of discipline, intensity, and effort when they want to. The big question being: can they now take the same attitude into each and every game?

I do think that Saturday’s formation (three or five at the back) does compensae better for the limitations in the squad. Maybe when the much talked about, highly anticipated defensive reinforcements arrive things will be different. But it makes sense for now.

What made less sense was again David Moyes use of substitutes, which appear to work to an automated pre-planned schedule rather than as a reaction to events on the field. The switch of Andriy Yarmolenko for Jarrod Bowen was a perfect example and one where Yarmolenko’s unwillingness/ inability to track back, contributed enormously to the Arsenal winner. If the manager was intent on winning the (winnable) game then Sebastien Haller for Pablo Fornals, with Michail Antonio going out wide, looked to be the obvious change – but at around 70 minutes or earlier, not in the final 7 or 8.

Not that I’m inclined to blame the manager for much of the team’s failings. That lies solely with the owners and their haphazard stewardship. Just looking at the managerial sequence – Grant, Allardyce, Bilic, Moyes, Pellegrini, Moyes – shows there is no underlying philosophy regarding the club’s footballing direction. Without that there is no continuity on the playing side. From Pellegrini’s (supposed) flair but no graft to Moyes graft with little flair. What did they expect?

Tonight, sees a rapid return to EFL Cup action with the visit of Hull City for a third round tie. The winners will go on to play in the fourth round next week, away to the winners of the Everton vs Fleetwood Town tie. Just four steps from Wembley.

Hull endured a calamitous end to last season, losing sixteen of their last twenty matches, and culminating in relegation from the Championship to League 1.  This after they had sold two of their most influential players (including Jarrod Bowen) in the January transfer window.

The game also sees the return of two former West Ham academy graduates: defender Reece Burke, now in his third season with the Tigers; and manager, Grant McCann, best known for a bizarre own goal scored in the Hammer’s 1-7 drubbing by Blackburn Rovers in October 2001. McCann has been kept on despite last season’s relegation with his team making a positive start to the new campaign, winning both league matches played and eliminating Leeds United from the EFL Cup.

The West Ham team for tonight will likely show few changes to the one that played in the previous round against Charlton. On paper, it looks to be an impressive line-up of highly paid individuals who should be more than talented enough to see off a League 1 side. The niggling worry, of course, is that certain of those individuals would be unlikely ever win awards for gallantry. A spirited performance from the opposition might get them rattled and set the alarm bells ringing. We have been on the wrong end of too many giant-killings in the past to know how a gulf in class can be bridged with spirit and determination. Do you think we have learned those lessons?

Here’s hoping for an ideal Carlsberg outcome. West Ham to win tonight and Fleetwood to surprise Everton tomorrow.  After that there are just three steps to heaven (or Wembley!)

4 thoughts on “Come Hull Or High Water: Are Hammers Up For League One Challenge?”