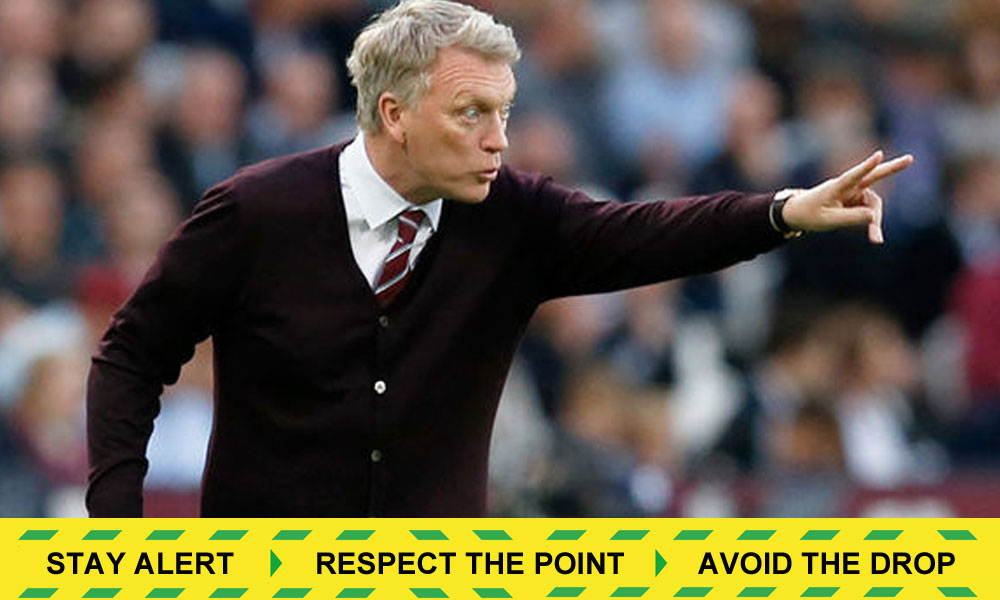 I had what I consider to be a Nostradamus moment in my preview of the Southampton game on 28 February when I suggested that West Ham’s best hope for avoiding relegation was for the season to declared null and void as a result of the coronavirus pandemic.

Less that two weeks later the Premier League had called a halt to all matches following revelations that several high profile managers and players had been tested positive for the virus, including Mikel Arteta, whose Arsenal team had faced the Hammers on the previous weekend (7 March). On 23 March, the UK government finally imposed the nationwide lockdown which is tentatively easing today.

I admit that I felt at the time that restarting the season would be impossible but, barring a significant change in circumstances, that is exactly what will happen commencing on 17 June. The restart may be driven by commercial imperatives (getting hold of TV revenues to splurge on inflated transfer fees and wages) and by political distraction (a rare good news story to fill the back pages and social media ) rather than for the integrity of the game, but the latest plan envisages all remaining 92 games being completed during a hectic six week festival of football window.

A key aspect, of course, of the re-start plan is that matches will be played behind closed doors, with the majority of games played at the usual home venue. The exception to the latter is a number of Liverpool games which the police have asked to be hosted at neutral venues. There seems to be twisted logic here for me. Liverpool will eventually and inevitably win the title and when they do their fans will not celebrate in groups of six at a time (nor would the fans of any club, in fact). So rather that they celebrate, and confine the risk, to Liverpool, the authorities want to follow a path that spreads it around the country.

In a second of my visionary moments, I once posted about a time in football’s future when the presence of bothersome fans in stadiums was outlawed and where their role in generating noise and atmosphere was replaced by CGI and sound effects.   Expect to see some experiments in this direction if the ban on spectators is extended beyond this season and when the TV companies find it difficult to generate the appropriate level of hype in the absence of an enthusiastic or frustrated crowd. (If it turns out that I didn’t predict any of this I will simply edit an old blog post to make it look like I did.)

I have already seen one experiment at an event in South Korea where inflatable sex dolls were dotted around the stands in lieu of spectators – something that would seem ideal for our own chairmen, if they need to clear out any old stock not snapped up during the lockdown.

There is another way of looking at it, however. From my brief 45 minutes of an eerily sterile, crowd-free Bundesliga match on TV, it was apparent that without crowd involvement in the ground football is a far less attractive proposition to broadcast on the small screen. Thus, if fans are an essential part of the product then they should be paid to attend matches rather than the other way around.

Those longer in the tooth Hammer’s fans amongst us will recall a European Cup Winners Cup second leg tie in October 1980 against Castilla which West Ham won 5-1 (after extra time) to advance through to the next round of the competition. This was a game that had to be played behind closed doors at Upton Park due to crowd trouble in the first leg in Madrid. Clearly it is a good omen that the club has previous in overcoming home disadvantage.

As a West Ham fan, I admit to being very apprehensive about the restart. Back in early March, I felt the team had started to look more together, despite defeat at Arsenal, and would be more that capable of finishing above three worse sides. Now that tiny slither of momentum has been lost and we are back to square one. The elapsed time since the shutdown is equivalent to a normal close season and yet the players have just three weeks to get match fit. It applies to all teams but with the Hammers being notoriously slow starters, and one of the least energetic teams in the league, it does not bode well. Are we trust that our often complacent players have had the discipline to keep themselves in the best possible shape during the recess? Reports from the Bundesliga indicate a greater incidence of strains and tweaks since their restart. With West Ham’s history of injuries, that is not encouraging sign – especially for a team that relies on the contribution of a few key individuals rather than on collective effort.

“Too slow to catch a cold” was one of my dad’s favourite put-downs when I perched on his shoulders as a boy in the West Enclosure. If the same applies to coronavirus then we can count that as a positive for certain members of our squad.  With no allowances being made for depleted squads due to sickness and injury, it will be a case of all hands on deck for the duration. Are we up to the task?

If, and when, games do re-start, the motivation of mid-table teams will be interesting to watch. Even during a normal season there is a falling away in effort once there is nothing left to play for. Expecting players with no hope of European qualification and no fear of relegation to get back to match fitness, after a three month lay-off, for a handful of games, is a big ask.

Another concern is the situation where the league restarts but is subsequently cancelled in the event of a second wave of the virus. If the intention is to regard the league as complete should this occur (on a pro rate points basis) then it would mean that slipping into the bottom three at any point creates inherent danger – you cannot rely on an easier run in the games to come. Very much like a game of musical chairs!

I have not checked what the current odds are for relegation, but my sense is that, apart from Norwich, each of the bottom six face an equal chance of the drop. There is nothing we can do as fans, no chance to make a difference as the twelfth man in the stands, other than to put our faith in David Moyes to prepare his players properly; to hope the players step up; and that together they dig out the performances needed. Interesting times. Stay Alert, Hammer’s fans.

13 thoughts on “Project Jumpstart: Can West Ham Create The Spark And Energy For A Positive Surge Up The Table, Or Will It Be A Relegation Shocker?”