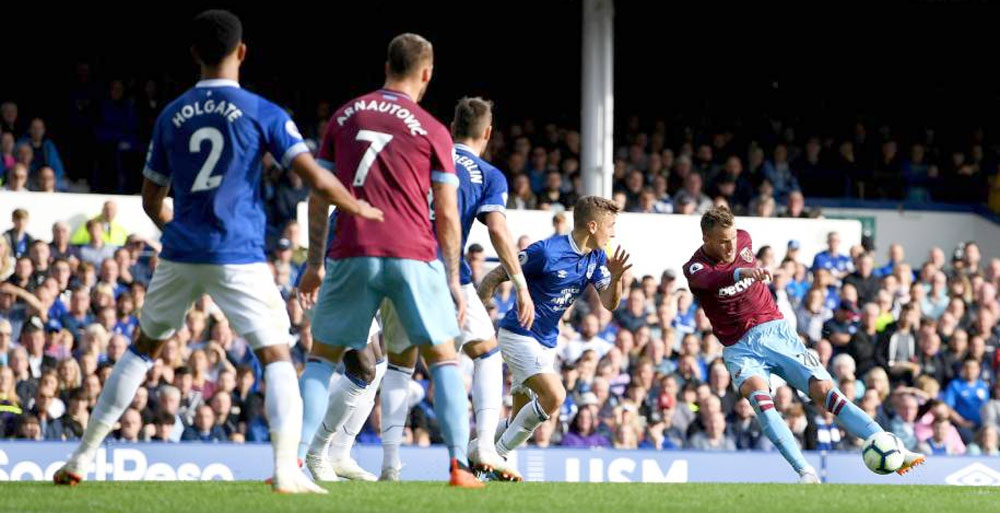 Deloitte have recently released their Money League figures where they rank all of the football teams in Europe according to their revenue. It is based upon the 2018-19 season and makes interesting reading. West Ham have retained their place in the top 20 of this league for the fourth consecutive year, and are one of 11 English clubs that make the top 30, which highlights the importance of the Premier League broadcasting rights to football clubs in England. An example of this is that West Ham had a higher revenue figure than Ajax who were Dutch champions and reached the semi-final of the Champions League!

I have listed below the positions of the top 30 clubs in the Deloitte Money league table in terms of their revenue but placed them within their individual countries, and then shown the position that they hold in their own league table at today’s date in brackets.

So what does this reveal? In seven of the eight countries the team currently at the top of the league are represented within the 30 wealthiest clubs in terms of revenue. The exception to this rule is the German Bundesliga where RB Leipzig and Borussia Monchengladbach are currently 1st and 2nd in the league table, but are not in the top 30 European clubs in terms of revenue.

Looking across the various leagues you can see that money generally does buy success. So why are West Ham under-performing? If you look through the various social media sites you will see so many reasons touted. The owners, the board, the stadium, the management, the coaching, the fitness, the tactics, recruitment policy, poor investment in players and training facilities, playing formation, the players, injuries – these are just some of the potential reasons put forward by those that take to the internet and other media outlets to vent their feelings. It’s a combination of all of those but responsibility lies at the top, surely?

This weekend we take on Everton, another team reckoned to be performing below expectation, and certainly below revenue ranking. We are five places and six points below them with a slightly inferior goal difference. If we can beat them we cut the gap to three points, and we would have a better goal difference.

The Premier League is as tight as ever with just 12 points separating Sheffield United in 6th from Bournemouth in 19th. Norwich are adrift but the majority of clubs in the league could still be in danger of relegation.

If current (last 5 games) form is maintained in the second half of the season then Bournemouth, Norwich, Burnley, Brighton and Newcastle would appear to be the teams in greatest trouble. But it doesn’t necessarily work like that and current form can improve, or indeed deteriorate. You definitely need to add both West Ham and Villa to the five teams I mentioned, and both Watford and Southampton could see a reversal of the fine form they’ve shown to move them up the table. If we beat Everton today then perhaps they, too can be added to the list of potential relegation candidates. So, I’ve narrowed it down to the ten teams that make up the bottom half of the table who could end up in the Championship next season! But even the three London teams which sit in 8th, 9th and 10th places (Tottenham, Palace and Arsenal) could join in as they are not in great form either, each having won only one of their last 5 games. But I can’t see that happening, and they, along with Sheffield United have enough points in the bag, and are probably too good to go down anyway.

Relegation betting is interesting. Norwich are odds on 1/12 to go down. Other odds are Villa 8/13, Bournemouth 4/5, Watford 5/2, Newcastle 10/3, Burnley & West Ham 7/2, Brighton 7/1, Southampton 18/1, Palace 22/1, Everton 50/1, Sheffield United 66/1. All other teams are 100/1 plus. What is ridiculous is that Liverpool are quoted at 2000/1. I hope they don’t accept any bets on that, because if Liverpool lost every single game from here they could still not be anywhere close to relegation. Bad form from betting firms I’m afraid.

Head to head statistics in our games against Everton make us outsiders in the game today. In the last 23 Premier League fixtures we have won only 3 and lost 14. And Everton have won on 7 of the last 11 occasions when they have been our visitors. And going back even further we have lost to Everton in top flight fixtures a total of 63 times, more than against any other opponents.

Although David Moyes has been on the losing side in 5 of his six encounters against his former club, his record as manager at the London Stadium is good with just three defeats as West Ham manager in 15 games. Scoring the first goal would be a good thing for us as Everton have not won a game in 34 matches now when they have conceded the opening goal. Although those are the kind of statistics I hate to see in relation to West Ham. How we love to end runs like that!

Two of Everton’s most dangerous players are likely to be missing through injury, Richarlison and Sigurdsson, but of course our injury list is lengthening all the time. I cannot understand the negativity regarding the signing of Randolph as a back-up goalkeeper. He is certainly good enough for that role and is a definite improvement on both Martin and Roberto.

Everton have scored in 7 consecutive Premier League away fixtures, something they have not done for a long time. I reckon we’ll put an end to that run and win the game 2-0. Perhaps that’s just my optimism, or West Ham tinted glasses, but I feel really confident regarding today’s game. I hope I’m right!