West Ham pick up their first point of the season from a losing position in a hard fought but scrappy game at Huddersfield’s John Smith’s Stadium. What did we learn? 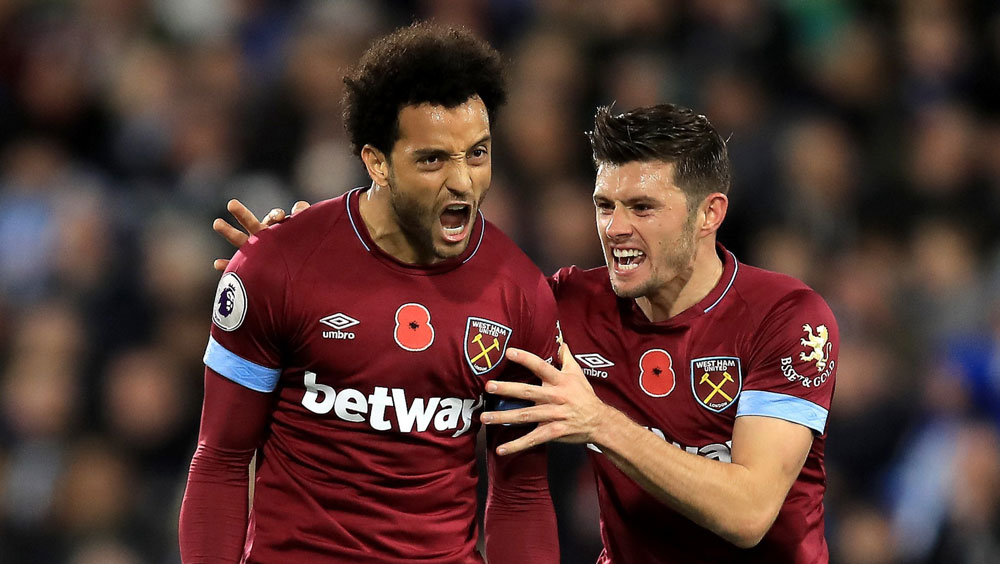 Over the course of ninety minutes it was the fairest of fair results.  West Ham deserved no more and probably no less out of what was mostly a very scrappy affair devoid of quality.  Judged against pre-match expectations it was another disappointing day on the road for the Hammers who have picked up just five out of a possible eighteen away points.  Fair play to Huddersfield though for playing with tremendous spirit, determination and energy.  Whether it will be enough for them to dodge relegation for a second successive season remains to be seen but good luck to them all the same.  There were more positives for the Terriers to takeaway from the game than there were for the Hammers.  Despite the donation of the first goal to be scored by a Huddersfield player at home this season, we managed (with honourable mention to the woodwork) to avoid breaking their twenty-two match sequence of failing to score more than once in any single game.

As with the away trip at Brighton, it was another painfully slow start for Pellegrini’s team.  It should not have come as any surprise that Huddersfield would play at high intensity and yet we once again look unprepared for it.  There are plenty of other teams in the crowded bottom half of the division whose main tactic is to close down quickly and deny time and space for players to settle.  It shouldn’t be met with bewilderment every time it is experienced.  There has to be a plan to cope with it and that includes matching the opposition’s effort and demonstrating greater technique to overcome it.  Is there something missing in preparation or do we lack leadership on the pitch.  Pellegrini suggested in his post match press conference that the team hadn’t stuck to the plan.  Either way they are still some way short of being up to the task.

A Lack of Guile

I read a review earlier in the week which suggested that the West Ham midfield was full of guile.  In my opinion, the complete opposite is true – it is a sadly lacking attribute!  I am not saying the players are not putting in a shift – but that they lack the footballing intelligence, craft or cunning to dominate the central areas.  The battle is so often won and lost in midfield and our boys rarely operate well when put under pressure.  The number of back passes yesterday was reminiscent of the bad old BFS days.  Declan Rice has been doing a very decent job as defensive cover (and is economical in distribution) but the likes of Pedro Obiang, Robert Snodgrass (and Mark Noble) have not done enough offensively this season in the more attritional type of game.  They need to be creating space and opportunity that allow front players to threaten in dangerous areas – not forcing them to come deep to search for the ball.   For all their possession, West Ham created few true clear cut chances.

The changes made by Pellegrini at half time and shortly after seemed to work in West Ham’s favour.  Ironically, neither Javier Hernandez nor Michail Antonio played particularly well and so maybe it was the case of the substitutions changing the mindset of the players and the shape of the game rather than down to new personnel.  The Hammers were certainly more positive in the second period and, thankfully, Huddersfield reacted with caution rather than trying to take advantage of their greater numbers in midfield.  Antonio looks to be trying too hard to score and the destination of his hopeful wayward shooting is obvious the moment the ball leaves his boot.  Apart from an early neat pass which set up Marko Arnautovic for a one-on-one opportunity, Grady Diangana was a peripheral figure.  He is a player who needs the ball to feet with space to exploit rather than asking him to chase hopeful passes or win aerial duels.  Felipe Anderson was the Hammer’s most influential player and took his goal very well.  He did, however, look to have run out of puff by the end of the game.  Maybe West Ham could have stolen it with Issa Diop’s header but the clearance off the line showed the value of the player on the post.

The Full Back Connundrum

The full-back situation remains a conundrum.  In the Pellegrini setup you would expect that the full-backs need to be mainly defensively focused.  Yet three of the four senior candidates are generally suspect in that regard.  Aaron Cresswell did adequately yesterday apart from that suicidal attempted back-pass in the closing minutes but, as with Masuaku, his strength is supporting the attack.  Having said that, the position of the full-backs (even Pablo Zabaleta) is often puzzling in that they can be regularly seen in more advanced positions than the midfield players even when the opposition have the ball.  I don’t fully understand what the manager expects from them and we continue to be most vulnerable along the flanks.  Ryan Fredericks opportunity to impress (as a late replacement for Zabaleta) was short-lived and the Hammers were effectively down to ten men for the final minutes following his injury.