With just three games of the Premier League season to play we are still heavily involved in the relegation dogfight. Have we got enough points already, or do we need more? 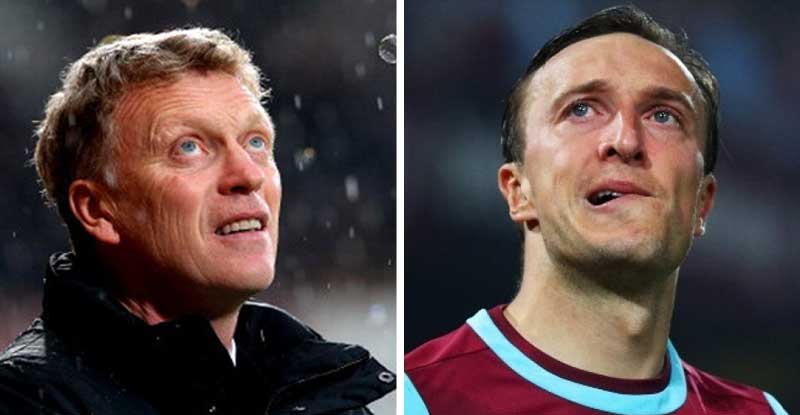 We now enter the final week of the Premier League season with three games to play that could decide whether or not we return next year. Results could still go against us in the final matches meaning that we need to pick up more points, or we might already have enough. Whatever the outcome, it has been a disappointing season, and at this stage it is hard to look beyond another struggle in 2018-19.

The performance against Manchester City last weekend was dismal in many respects, even though the result was inevitable. The problem was that the players looked beaten before the game began, and showed the worthy champions too much respect. Apart from a few minutes at the end of the first half we just didn’t show enough positivity to compete with them.

If you read the press and social media then there are many who think that we are down already. That is most definitely not the case. Our form hasn’t looked great, but if you look at a “form” league table for the last five games, we have picked up five points. It is more than any other team from twelfth downwards in the “season to date” league table (with the notable exception of doomed West Brom), and it puts us in twelfth place for those fixtures. Our key rivals in the fight to avoid the drop are Huddersfield and Southampton who have collected four points each, Stoke three, and Swansea two from their last five games. Of course (as they say in the financial planning world) past results are not a guarantee of future performance, but nevertheless they do give an indication that other teams are struggling like ourselves.

And whilst we do not have the easiest of run-ins, I would not swap places with Huddersfield (who are below us on goal difference) who face tough away games at Manchester City and Chelsea, before a final game at home to Arsenal. Swansea, who have collected just two points in their last five games (no team in the league have less), have potentially the easiest task on paper with an away game at Bournemouth before home games versus fellow strugglers Southampton and Stoke.

I listened to the Soccer Saturday panel talking up Southampton’s chances of avoiding the drop, and although they have the best goal difference of the teams involved, they are still in the bottom three and face trips to in-form Everton and fellow strugglers Swansea, before the final game at home to Manchester City. Stoke will probably need to win their final two games (at home to Palace and away at Swansea) to have any chance. Despite picking up eight points from their last five games, West Brom would need to beat both Tottenham and Palace in their last two fixtures and hope for a miraculous set of results to escape. Brighton (almost certainly, although not mathematically safe) will be glad they have 37 points in the bag, as they are at home to Manchester United, before visits to Manchester City and Liverpool.

Much has been written about the number of goals we have conceded, and it doesn’t make for good reading. Whilst this highlights a big problem, you don’t go down based on goals against alone. If we did then the teams in biggest trouble would be West Ham (67 conceded), Stoke (65), Watford (62), and Bournemouth (60). Both West Brom and Southampton in the bottom three have conceded the same number of goals (54) as Everton who are eighth in the table.

Goals scored is a much better statistic for us, and if the league table was based on this alone then with 43 goals we would be sitting in eighth place, with only the top six teams and Leicester (9th) having scored more.

But points are the important factor, and regrettably we are not safe as we enter the final week. The trip to Leicester may not be as daunting as many would think as they seem to believe that they are on the beach already. They have only four points from their last five games and were hammered 5-0 by Palace last weekend. But conversely, that result could shake them into a big performance against us.

After the less than ideal set of results last weekend, in this round of matches we will be looking for Manchester City to beat Huddersfield (surely they will?), Swansea to lose at Bournemouth, Southampton to be beaten at Everton, and Stoke to fail to beat Palace (a draw will do from our point of view). Whatever the outcome of our game, the position should be much clearer by Sunday evening.

It would be good to believe that we will go into the Leicester game in a more positive frame of mind with greater attacking potential, but the baffling selections of the team in recent games would indicate otherwise. At this stage we have no idea if the manager will still be here next season, nor many of the players. We need a massive shake up from top to bottom of the club if we are to avoid a repeat of this season.

We don’t yet know if we will be playing in the Premier League or Championship next August. If you look at bookmakers odds then West Brom and Stoke are as good as down, with the other place closely fought out by Swansea, Southampton and Huddersfield. We are only on the fringes of the betting, and pessimists among you can get odds of up to 14/1 on us being relegated.

I have a feeling that we have enough points already, and if not, then I think we can scrape together what we need from these final games. It would be awful to go into the final game with our destiny still in the balance, and the sight of Big Sam on the touchline cupping his ear to listen to the reception he might get if things go horribly wrong would be too much to bear.

However, even if we avoid the drop, the negativity surrounding our club at the moment is a worrying thing and does not bode well for the immediate future.