The winner takes it all, the loser standing small, beside the victory, that’s their destiny. Who will come out smiling from today’s decisive basement battle at the London Stadium? 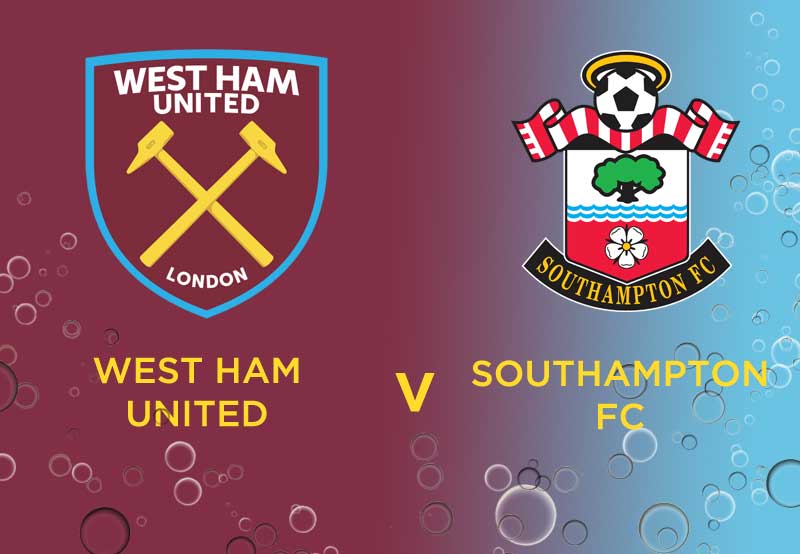 If there is one club that has appeared to shadow the Hammers over recent seasons it is Southampton.  They are the side that West Ham frequently jostle with in the quest for Premier League place money and, unfortunately, more often than not it has been the south coast club that come out on top.  Even in the 2015-16 Payet inspired season, viewed by many supporters as the pinnacle of West Ham’s Premier League achievement, the Saints still snuck in at the last minute to pip the Hammers for the last of the top six berths.  With a distinct possibility that at least one of these two teams will not be playing Premier League football next term this could well be seen as a worrying trend.

Southampton have been much admired in contemporary top flight football for their ability to consistently adjust to losing a string of fine home produced talent (and managers) looking for bigger pay packets and better things.  The merits of their scouting and succession planning have long been applauded but following a series of questionable managerial decisions they now find themselves sitting unceremoniously in the bottom three; two points below the Hammers but with a much superior goal difference.  In a panicked response to this slide and threat to Premier League status the appointment of the serially morose non-performer Mark Hughes surely bring the credibility of the much vaunted succession plan into serious question. The prospect of Moyes versus Hughes in a late season relegation dogfight is unlikely to be the beautiful game’s finest hour (and a half plus stoppages.)

West Ham made the most of the three week break with a holiday to Miami.  The lethargic response to previous warm weather breaks (and my own recollection of the first day back in the office after a week at the beach) does not instil the greatest confidence that today will see an up and at ‘em, all guns a-blazing display from the first whistle.  Just as important for West Ham’s fortunes is whatever goes on around the pitch as well as on it.  After the disgraceful scenes towards the end of the Burnley game the last thing needed is increased heavy handed security meets angry, alcohol fuelled toxic supporters.  What is really needed today, for the good of the club, is for fans to put their personal grievances to one side for the time being and play the part of the crucial twelfth man.  There are no benefits to be had from relegation; no matter what twisted logic is employed.

The last twelve games between West Ham and Southampton have seen four wins apiece and four draws.  In the last twelve played in London, West Ham have won seven and lost four with just a single draw.  Southampton ran out easy 3-0 winners in the only previous meeting at the London Stadium in September 2016.

West Ham welcome back Arthur Masuaku (following a six match ban) and Edmilson Fernandes (after a mysterious injury) to the match-day squad.  There are concerns with the fitness of Manuel Lanzini and James Collins who picked up knocks during the enforced cup and international break.

Southampton have few injury concerns and ominously welcome Charlie Austin back to their squad.  Since David Sullivan’s ill-judged public comments about Austin he needs no additional motivation to raise his game against the Hammers.  Hopefully, this can be reciprocated and trumped by Marko Arnautovic’s animosity towards Hughes.

Southampton’s major threat often comes via their full/ wing backs, Bertrand and Soares, and West Ham must work hard to keep them occupied and well tracked.  There really needs to be an alternative to the hopeless Noble – Kouyate axis in central midfield and even though I prefer Declan Rice as a centre back I would start with further forward today; otherwise Lemina and Tadic will be calling the shots.  That would rely on a back three of Collins (if fit), Ogbonna and the vulnerable Cresswell but that is about as good as it gets in the mismanaged circumstances of the squad strength. Further forward now is the hour for Arnautovic, Lanzini and Michail Antonio to prove their worth and Premier League class.

Man in The Middle

Today’s referee is Jonathan Moss from West Yorkshire.  Like all his other Premier League colleagues he is deemed not good enough to officiate at the World Cup but we are stuck with him nevertheless.  Moss is taking charge of his third West Ham game of the season having previously whistled through a home draw with Arsenal and an away win at Huddersfield.  In twenty eight outings he has a record of ninety-five yellows and three red cards.

Lawro has toppled of his fence this week to predict a 2-1 West Ham win while Merson goes the other way to predict an away win by the same score.  The Cockney Rejects sang Shit or Bust while the Small Faces put it more politely as All or Nothing and today has that sort of feel to it.  Win and we most probably survive, lose and we are looking over our shoulder at the fat lady.  Southampton will be hoping for a new manager bounce – but it is only Mark Hughes.  With the right attitude and the crowd behind them the Hammers can win comfortably.  If it goes the other way I can see us ending the season stuck on 30 points.  In a show of solidarity I will plump for 3-1 to the cockney boys.