What else did we learn from this excellent West Ham victory other than how sweet it is to get one over on Chelsea and the snarling Cesc Fabregas? 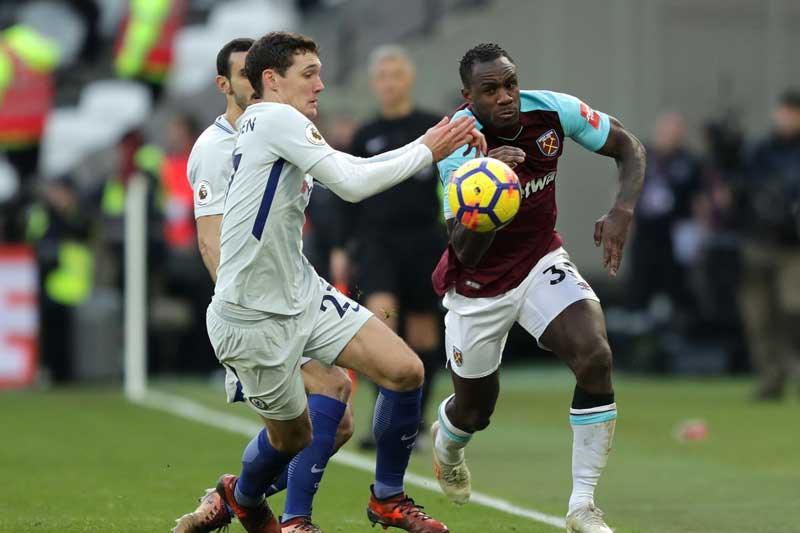 It is rare for me to get a prediction correct and so when it happens I will take just a brief moment to gently blow my own trumpet.  In my match preview I predicted a nail biting one-nil victory and that is exactly what we got.  While that is probably me done for the season there is a great deal of encouragement that can be taken from yesterday’s victory, as well as the gutsy performance in last week’s defeat at Manchester City.  West Ham are still in the bottom three but now have momentum and, with plenty of ‘at risk’ clubs around us, any three of the bottom ten could be in for the drop come the end of the season. At last we are beginning to look like a team rather than a collection of strangers and once players starting performing as a unit then understanding increases, creativity improves, pressure reduces and individual errors start to reduce.  Full marks to David Moyes and his team for putting pride and belief back into the club in a relatively short space of time.  There is still some way to go but all of a sudden everything is looking just a little rosier.

To most supporters who had watched West Ham during the early part of the season (and the better part of last season) it was glaringly obvious that the team lacked organization, fitness and discipline.  I don’t recall any of the pundits who regularly interrupt our enjoyment of the football action pointing this out.  To them, Slaven Bilic was a nice guy and a great coach who just needed a little more time and maybe a bit of luck with injuries and transfers to turn things around.  Now though, through the wonder of hindsight, it is now revealed that the shambles that had been allowed to develop at the club is taken as read.  Now I know the pundit’s job is simply to wax lyrical about the top six clubs but this is surely another example of their lack of credibility – time to phase them out and concentrate on more action.  Equally as damning were David Sullivan’s admission (in response to a question about whether he was the de facto Director of Football at West Ham) that no-one at board level appeared to have any idea about what went on at the training ground.  Another sign, if needed, of the club’s ongoing and long standing amateurish approach to football matters.

There were understandable rave reviews for Marko Arnautovic and Arthur Masuaku following yesterday’s game.  Yet, if anything, this was an outstanding team performance.  The whole approach to the game was tactically superb by the coaching staff and brilliantly executed by each and every player.  Adrian inspires a confidence that Joe Hart does not; an unlikely back three of Winston Reid, Angelo Ogbonna and Aaron Cresswell suddenly looks solid and courageous; the midfield players didn’t stop running, harrying and denying space; and Michail Antonio and Arnautovic showed why movement and mobility is so important up front at this level.  It was great that some players stood out but to criticize any individual would be churlish – although some fans couldn’t help themselves by still having a dig at their favourite bête noire.  Could we have done better with ball? For sure! Do we still need reinforcements in the transfer window? Undoubtedly! But until then I will enjoy this victory and look forward to a repeat performance on Wednesday.

Massive team performance aside it would be unfair not to give special mention to several stand-out players.  I thought Declan Rice was unlucky to be left out of the starting eleven but his replacement, Winston Reid, had the type of game that made premature reports of his being washed-up look ridiculous.  My previous reservations about Arnautovic were also torn to shreds by his application yesterday.  As well as scoring the winner he was a handful all afternoon and was more than willing to perform his defensive duties.  My only question to him was why stop when you thought Christensen had handled in the box? Taking Arnie off first in preference to Antonio who had run himself into the ground by the hour mark was the only strange decision of the afternoon but it all worked out marvelously in the end.  Finally there was Masuaku.  For a period in the first half it looked like the ball was magnetically attached to his boot such was the trickery of his footwork.  It was great to see panache back in the side and to witness some wonderful combinations with Manuel Lanzini.  Arthur had a more restrained second period and I wonder whether that was under instruction?  Sometimes knowing when and where to turn it on is as important as the ability itself.  A note to the referee: why no foul throw for the Pedro incident?

Where Do We Go From Here?

It is difficult to imagine that the approach against Arsenal will be much different to what we saw yesterday.  The reality is that whatever West Ham can get out of games against top six sides at the moment are bonus points.  The season will be defined by how well we can do against the rest.  I still believe that we have one of the best ten squads in the league provided that they can be molded into an effective unit.  If there are going to be additions in January, particularly in the problem central midfield area, then even better.  What I am looking forward to seeing is how Moyes can take this new found attitude and organization and deploy it in a way that dominates teams that we really should beat.  At least now I can look forward to that prospect with some optimism.