Is it a point gained for West Ham or two points lost? 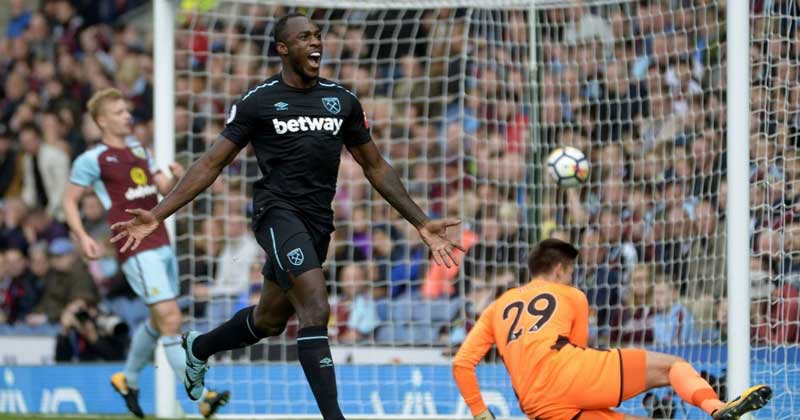 So the bookies were spot on. The most fancied scoreline for this game was 1-1, and that is how it ended up. But was it a point gained or two points lost? Certainly, when you are in fifteenth place in the table and playing away from home to an in-form team occupying a position in the top six, and you have to play for more than an hour with only ten men, then surely it is a point gained? But on the other hand, when you hold the lead for most of the game, and then concede an equaliser in the 85th minute, then it seems like two points lost?

In some respects we were perhaps lucky as we could have conceded a penalty when Hart dived at the feet of Wood. Sometimes in situations such as these they are given and sometimes not, but they often are when it is a player from the home side who goes down. Also Gudmundsson’s shot came back off the post and might have gone in off Hart’s back, but luckily it stayed out. Conversely the best move of the whole game was a slick passing movement involving several of our players, and Antonio’s shot was well saved by Pope in the Burnley goal.

I’m often surprised by the reaction of fans who like to see the big teams lose. Personally I look at the bigger picture, and think of the Premier League as two leagues. The “top division” of the six elite teams who will surely finish the season in the top six places, and then the remaining teams who make up “Division Two” of the Premier League. Whatever we like to think, that is the reality. The fourteen teams outside of the “big six” are really only fighting for a seventh placed finish, and to keep out of the relegation dogfight.

So when we see the other results, then I am personally disappointed to see Crystal Palace defeat Chelsea, much as I dislike the West Londoners, and to see Watford score a last minute winner to beat Arsenal. Palace and Watford are in our “league” so I don’t like to see them picking up points against teams that will be in the top six at the end of the season. I particularly enjoyed seeing Manchester City put seven past Stoke, firstly because I don’t like the way Stoke play football, and secondly because that result ultimately helps our cause in finishing as high as possible in the table. It also puts a dent in one of our competitor’s goal difference statistics. And much as I don’t like Tottenham, their 1-0 win over Bournemouth will benefit us in the long run.

When other teams in “our 14 team league” are playing against each other, then my favoured result is a draw so they only get one point each. So it was good to see Brighton drawing with Everton, and Southampton sharing the spoils against Newcastle. All four of those teams will be joining us in an attempt to finish seventh in the Premier League this season. I’ll be hoping for a similar result when Leicester take on West Brom on Monday, even though the Baggies are the team I dislike the most. In the short term it might seem better to see Leicester defeated at home opening up a three point gap between the bottom three and the rest, but in the longer term I feel a draw would be the best result.

Prior to Monday night’s game, the league outside of the top teams is taking on a similar feel to last season and  is looking very close, even at this early stage, with Newcastle in ninth on 11 points just three points ahead of Stoke who now occupy 17th. It won’t be long before Watford and Burnley drop down to join the rest of us leaving the elite six to fight out the top places.

There is some debate on social media as to whether or not Andy Carroll’s red card was justified, but unfortunately I think the referee was right. And much as I don’t like to see our players unavailable for games, I don’t personally believe that playing without Carroll will harm us, and hopefully will lead to a better approach as to how we play the game. By our standards we have a fit squad of players to choose from, and I don’t think he will be missed. At best I see him as an impact substitute these days rather than someone who should be in the starting line-up, but I guess it is all a matter of opinion.

So, rather like the manager I am in two minds as to whether it was a point gained or two points lost. We won’t really know until we see what happens in matches to come.

Personally I had two excellent days at Newmarket races, including picking the winner of the Cesarewitch amongst other notable selections that made the racing profitable as well as enjoyable. I hope you noted my tip in the Burnley preview on Friday.