The Hammers are less than eight hours from Wembley as they ‘entertain’ Bolton at the London Stadium. 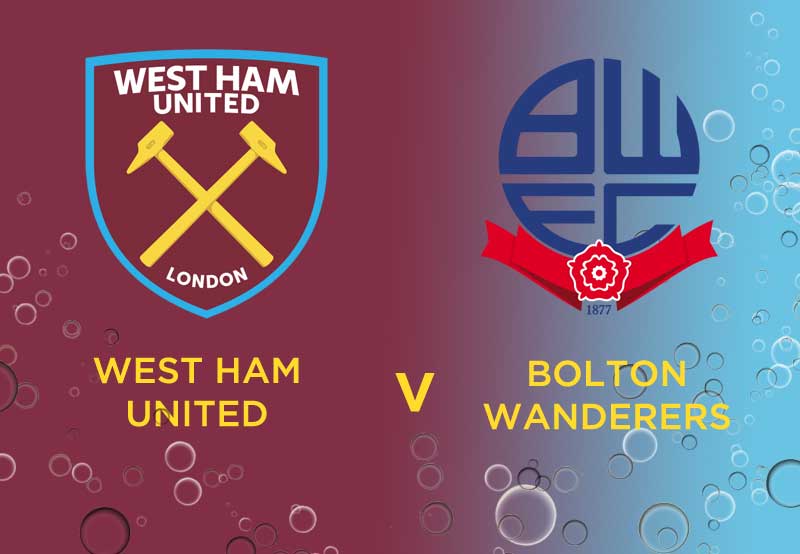 Although most strongly associated in recent memory with their Fat Sam direct bombardment incarnation, Bolton Wanderers are a club with a long and (nearly) distinguished record.  One of only three clubs to have spent more seasons in the top flight (73) than West Ham (60) without actually ever winning the title, Bolton have yet to shake off the pantomime villain tag, at least in my mind, earned while escaping relegation at the expense of the Hammers in the season of 2002/3.

Sadly for The Trotters they suffered the Curse of the Retrearting Walrus when Allardyce jumped ship in 2007 leaving the club in the hands of Oddjob Sammy Lee.  Despite several more years scrabbling for Premier League survival they were finally relegated in 2011/12 since when the club has encountered financial difficulties, an HMRC winding-up order and the ignominy of further relegation to League 1.  Current manager, Phil Parkinson, was able to steer Bolton back to the Championship in his first season in charge but they now sit rock bottom and without a league win all season.  However, wins at Crewe and at home to Sheffield Wednesday have earned them the honour of tonight’s visit to the London Stadium to face the mighty Hammers.  Since their second round victory over Wednesday, Bolton have lost all four of the league games played scoring no goals and conceding ten.

For West Ham, the EFL cup represents the most realistic chance of silverware for the trophy cabinet that hasn’t been opened for past thirty-seven years.  However, with (what has recently become) the biggest game of the season scheduled for next Saturday, manager Slaven Bilic will be anxious to deploy his resources prudently; would his tenuous position survive either a shock EFL cup exit (probably) or a home spanking by those neighbourly, north London itinerants (unlikely)?

James Collins will be unavailable, possibly for some weeks, having limped off at the weekend although Mark Noble and Edmilson Fernandes are apparently fit again for action.  According to PhysioRoom, Manuel Lanzini is now out until 14 October although it had previously been reported that he was back in full training and only lacked match fitness (since when has that been barrier to selection at West Ham?)  It would have been a huge surprise to me if Lanzini had played any part in proceedings anyway and it is fairly certain that Andy Carroll will be given another day off.  The imperative to rotate the squad and Bilic’s often baffling team selections make any further predictions impossible, although there were strong hints from last night’s U23 side that Rice, Holland, Quina and Haksabanovic could all play a part. Is it a coincidence that all of the aspiring young players are those snaffled from other academies rather than our own products?   It would be nice to see Declan Rice as part of a back three to add a much needed ball playing option but my sense is that this is unlikely to happen.

Bolton, of course, have two West Ham academy players, Reece Burke and Josh Cullen, currently on-loan at the Macron (formerly Reebok) Stadium.  Both have featured regularly in the starting eleven this season but are unavailable for EPL Cup games.  Looking at various Bolton fans forums there are mixed reviews for the performance of Cullen ranging from “good player” to “always passing sideways” but little on Burke who seems to have been deployed in a variety of roles from right back, centre back and defensive midfield.  As with any team in crisis, the message boards were littered with criticism from Trotter’s fans on a range of topics regarding: the manager’s lack of a game plan; misfiring strike-force; porous defence; backwards and sideways passing in midfield; and player’s being played out of position.  It seems that West Ham may have stumbled upon the perfect second home for their academy loanees.

The referee for tonight’s game is Simon Hooper from Wiltshire.  A league referee since 2008, Hooper has just the one previous encounter with the Hammers in a 1-0 Championship home win (Nolan) against Coventry City in January 2012.

I don’t see anything but a regulation home win tonight and with both team’s minds on more pressing league issues I take West Ham to secure a comfortable 2-0 victory.

In case you were interested the other two clubs to have played more seasons that West Ham in the top flight without ever winning it are Stoke (62) and Middlesbrough (61).