A top v bottom clash as the team third in the league following Matchday 3 visits the London Stadium for the first time. 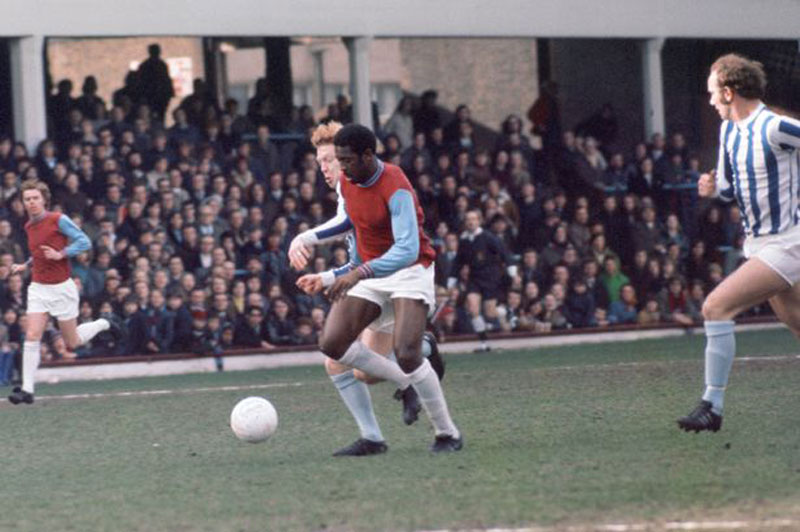 When Huddersfield successfully negotiated the Championship play-offs at the end of last season, they, along with Brighton, became the 48th and 49th teams to play in the Premier League, following the restructure of the Football League in 1992. Previously, of course, those of us over the age of 30 will remember the top flight being named Division One. Many people, being influenced by Sky TV no doubt, believe that football only began in 1992, and so many records and statistics published today only refer to the top division since that date.

But the Football League was founded in the nineteenth century (1888), and Division One was the top level league in England until the Premier League was formed. Huddersfield Town, despite not playing in the Premier League until this season, are one of the clubs that like to keep the old records alive. They were formed in 1908, elected to the Football League three years later, and by the 1920’s they were probably the top team in English football. The Terriers, as they are now affectionately known, roared through the 1920’s, with a domination of English football that has rarely been matched since.

After finishing third in Division One in 1922-23 (the same year that we played in the first Wembley Cup Final), they were champions for the following three years in a row, a feat that has been equalled, but not surpassed, since. They followed this up with runners-up finishes in the following two seasons, too. For good measure they won the FA Cup in 1922 (the final was played at Stamford Bridge), and were losing finalists in 1920, 1928 and 1930. So the 1920’s belonged to Huddersfield Town in football terms.

However, a gradual decline began from there, and by 1952 they were relegated from the top flight for the first time. They did regain their Division One status shortly afterwards but were soon relegated again, and spent some years yo-yoing in the bottom three divisions. A brief resurgence saw them win the second division title in 1969-70, and for two seasons they were in Division One before finishing bottom in 1971-72, when they disappeared from the top level, not to return until this season.

My first and most vivid memory of playing against them was when they knocked us out of the FA Cup in the third round in 1960. I wrote about this in my previous blog article where I recalled seasons 1958-59 and 1959-60. I have only scant memories of our top flight meetings in 1970-71 and 1971-72. We were both relatively poor sides at the time. In the first meeting in Huddersfield, Geoff Hurst scored a penalty to secure a 1-1 draw, and then in the final game of that season they beat us 1-0 at Upton Park. That win elevated them to a 15th place finish, two points ahead of us in 20th. Fortunately only two teams were relegated then, so we just survived.

In the following season we lost the away game 1-0, but thumped them 3-0 in the return game at Upton Park with two goals from Clyde Best and another from Pop Robson. Unfortunately Huddersfield were once again a bogey team in the FA Cup just a week before our league win over them, when goals from Best and Robson were not enough to save us from a 4-2 defeat.

For a number of years beginning in 1966 we had a horrific record in being eliminated from the FA Cup by teams who were either relegated that season or from a division below us. The full horror story reads:

It seems incredible to think that after that miserable run of nine years in the FA Cup we went on to win the FA Cup the following season! In fact, between our two FA Cup wins in 1964 and 1975, we were only once knocked out of the competition in the intervening seasons by a team above us in the league (Chelsea in 1965). There were some highly embarrassing League Cup defeats in that period, too, amongst others to Huddersfield(!), Coventry, Stockport County, and Fulham.

So our meetings with Huddersfield have been relatively rare, especially in recent times. Our overall record against them in competitive matches is poor and reveals just 10 wins, 7 draws and 22 defeats in 39 games. Clutching at straws, one fan on social media wrote that Huddersfield have not won on our ground for 46 years. We all know what happens when statistics such as these are quoted in relation to our team!

So many teams when promoted into the Premier League tend to start the season well, especially those who come up via the play-offs, and Huddersfield are no exception. They may not have had the most difficult of fixtures, but nevertheless they have acquitted themselves excellently with an opening day 3-0 victory away at Palace, followed by a 1-0 win at home to fellow promoted team Newcastle, and then a goalless draw at home to Southampton. Seven points from the three games with four goals scored and none conceded represents a start they we could only have dreamed of.

After the third round of matches they sat in third place in the league, and although they have fallen a little following this weekend’s matches played so far, they will hope to regain third spot with a victory at the London Stadium. It is a little ironical that West Ham, at the very foot of the table, are generally quoted as odds-on by the bookmakers to win the game, whilst punters betting on Huddersfield, riding high, can get odds of up to 7/2 to come out as victors! The draw is generally around the 5/2 mark.

Whilst writing this I have no idea of Mr. Bilic’s plans for the game, but he has hinted at changes to personnel and approach. I am hoping that we score an early goal, but I’ve seen that our visitors have an organised approach to defending and will be looking to frustrate us, especially in the early stages. I hope that our fans don’t get too restless if we fail to score early, as this could have a negative impact on the atmosphere in the stadium. If only we could produce a performance such as the one against Tottenham at the end of last season, then much of the negativity surrounding the club could begin to disappear. A win would still leave us in the bottom three, but nevertheless it is a must to get our season up and running, and not become one of the teams detached at the bottom.