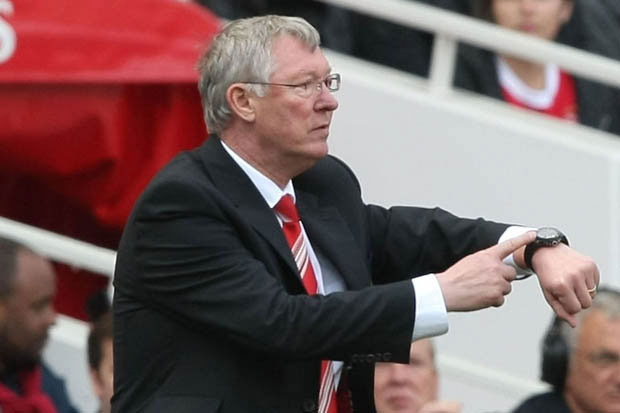 This is the third of my articles looking at the Play Fair document being proposed by the International Football Association Board (IFAB), and looks at their ideas for increasing playing time in a game of football. My initial piece was “Play Fair? – An introduction to the document looking to make changes to game of football”, and I followed this up with their proposals for “Improving player behaviour and increasing respect.”

The concept of increasing playing time is one of my hobby horses that I wrote about in my introduction to the Play Fair document, having first written about it in 2015. The document begins this section with the comment that many people are very frustrated that a typical 90 minute game of football has fewer than 60 minutes of effective or actual playing time, i.e. when the ball is in play. Their key strategy which could be implemented without any law changes is a stricter calculation of additional time. They state that referees should be required to be much stricter in calculating additional time, by stopping their watch as follows:

You would be amazed how much time this would add on compared to what happens now. If you don’t believe me then use the stopwatch on your watch / smartphone every time one of these situations arises in a game. At the moment we typically find that referees add on 1-2 minutes at the end of the first half, and usually somewhere between 3-5 minutes in the second half. This bears little relation to the actual time when no football is being played.

We all remember when Tony Pulis used to bring his Stoke City side to play at Upton Park, and apart from a number of other dubious time wasting tactics, they would try to force throw-ins in our half. Rory Delap had an excellent long throw, but he would take an interminable amount of time drying the ball, waving players into position etc. It could take up to a minute for each throw-in to be taken and incensed the crowd.

I would go further than the initial suggestions in the Play Fair document for adding on time and propose stopping time whenever the ball goes out of play, especially when kicked into the stands, or when the ball goes behind the goal. I believe that the clock should only be restarted at the point a corner, or goal kick, or throw-in is actually taken.

In their points for discussion the document brings up the subject of stadium clocks, and they want to link this to the referees watch. Again, I would suggest going further and take timekeeping totally out of the hands of the referee when there is a clock in the stadium. The officials have enough to think about without worrying about timekeeping. How simple would it be for a clock controller in the stand to stop and start the clock as necessary and only have the clock running when the ball is in actual play? To me this is so easy that I cannot comprehend why it doesn’t get introduced at once. It would totally eliminate the concept of timewasting. It would be necessary to consider how long each half should last, and suggest 30 minutes in each half of actual playing time. You could even have 4 periods of 15 minutes actual playing time, with a 15 minute interval at the end of the second period. This would lead to more playing time than we see at the moment, and time wasting would become a redundant exercise with no benefit.

They do make some other suggestions for increasing playing time, but to me they would have minimal impact, especially if the actual playing time guided by the stadium clock is introduced. These suggestions include, referees to apply the 6 seconds rule for goalkeepers strictly, self-passing at a free kick, corner kick or goal kick, allowing a moving ball at a goal kick, insisting a goal kick is taken at the side where the ball goes out, and substitutions taking place, or players leaving the field when injured at the nearest touchline. All of these would speed up the game to some extent, but the key one regarding the stadium clock is the most important to my mind.

The reasoning behind the “self-passing” proposal is a sound one in the case of free kicks, as it would allow the fouled player to effectively play the ball to himself. The game already allows quick free kicks, but would it be even better, and perhaps encourage speedier attacking play, if the player who has been fouled could (if he wanted to) stop the ball and then immediately continue their dribble or attacking move, thus speeding up the game? Perhaps this could be trialled?

I’m uncertain as to how West Ham would benefit from this change unless we took a different approach to free kicks. On many occasions we already take them very quickly, but without a great deal of thought. How many times last season did we have a free kick in the opponent’s half, only for us to take it straight away, frequently sideways and backwards, with the ball ending up with our keeper? The advantage of having a free kick is lost when we do this.