In the final part of the series we go above and beyond the IFAB proposals to ensure that the punishment fits the crime. 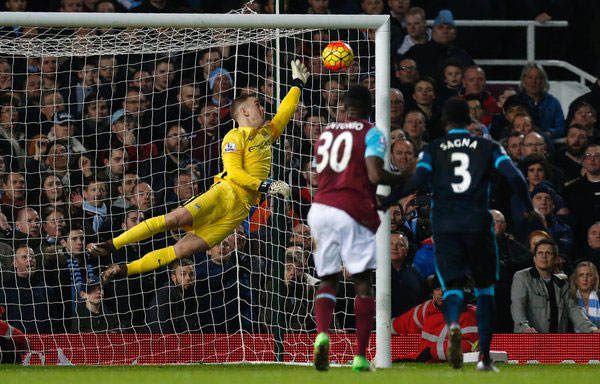 This is my fifth and final article looking at potential changes to improve the game of football. The first four looked at the Play Fair document being proposed by the International Football Association Board (IFAB). My initial piece was “Play Fair? – An introduction to the document looking to make changes to game of football”, and I followed this up with their proposals for “Improving player behaviour and increasing respect.” The third article looked at “Increasing playing time”, and the fourth looked at their ideas for “Increasing fairness and attractiveness”. In the previous four I added some of my own views on their proposals, and in this final one I will add some additional thoughts that could be considered by the rule makers but haven’t been.

If you watch any football on TV, how many times do you hear the following question asked every weekend of the football season? “Was he denied a clear goal scoring opportunity?” It is one of those subjective decisions which are based purely on the opinion of the officials, and in particular the referee. And it is one which constantly provokes debate. The West Ham v Manchester City game in January 2016 had two incidents that I will now look at further and try to decide if the punishment fits the crime.

Firstly, take the eighth minute of the game. We were already one up inside the first minute thanks to Valencia, when Aguero burst into our penalty area in a very wide position. Jenkinson clumsily challenged him and referee Craig Pawson didn’t hesitate to point to the spot. From my seat in the stand at that end of the pitch I couldn’t believe it but after seeing the replay on TV later accepted that it was perhaps a foul, and at least a very clumsy challenge. I’ve seen similar challenges penalised sometimes and sometimes not. Based on the statistics of penalty kicks then there was an 85% chance of the penalty becoming a goal. But does the punishment fit the crime? Was Aguero being denied a clear goal scoring opportunity? The answer almost certainly is no. But because the infringement takes place within this arbitrary 18 yard penalty area then a penalty kick is awarded which usually becomes a goal.

Secondly, let us consider an incident after about half an hour of the game. An extraordinary piece of slide tackling and through pass from being on the ground by the once-loved Payet sent Antonio through. His pace was taking him towards goal when Demichelis crudely brought him down and he received a yellow card for his misdemeanour. This meant a free kick to West Ham outside the area allowing City the opportunity to bring their players back and build a wall. Does the punishment fit the crime? Was Antonio denied a clear goal scoring opportunity? Almost certainly yes, although referee Pawson decided that was not the case (to the astonishment of most in the crowd, and many more who saw it later on TV). The rule doesn’t say anything about being a certain goal. A referee shouldn’t think that another player within so many yards means that there was no clear opportunity to score. I don’t think players should necessarily be sent off in these circumstances as I prefer to see 11 playing 11. But the award of a penalty in these circumstances would be enough punishment.

Older readers will remember a certain Keith Hackett, who in 1991 deemed that Tony Gale was denying Gary Crosby a clear goal scoring opportunity even though he wasn’t really running towards the goal! All West Ham fans of that era hate Mr. Hackett, but many would have liked him in charge in this game when Antonio was brought down!

This brings me nicely to my next question. What is the point of having a penalty area at all (other than determining a specific area where goalkeepers than handle the ball)? Why don’t we have a rule change such that if a foul is committed anywhere on the pitch a free kick is given, but if the referee deems that it denies a clear goal scoring opportunity then he awards a penalty, irrespective of the exact place that the infringement happened? This could happen close to goal, or, as in Antonio’s case, some distance from goal. The award of a penalty kick just because an infringement happened within the penalty area (even if the goal is not really threatened) is nonsense if you think about it. Surely the only consideration should be the denial of a clear opportunity to score a goal?

I’ve got a lot of views about offside and I’ve been reading about the law, FIFA guidance, referee guidance etc. One problem I have is that it has been proven in scientific research that human beings (including linesmen!) physically cannot move their eyes fast enough to take in all the necessary action. To make a correct decision they have to assess the positions of the player passing the ball, the player receiving the ball, and the second from last defender at the exact moment a pass is made, bearing in mind that they could be some distance apart, and possibly moving at speed in opposite directions. Am I the only person who believes that when a slow motion replay of an offside decision is shown on TV, when they draw the line across the pitch it isn’t always simultaneous with the exact moment the ball is played? I believe the offside law needs to be changed.

The rule was introduced many years ago to stop the concept of goal-hanging and this makes sense. But why have the situation where you can be offside in half of the pitch? Can you really be goal-hanging more than fifty yards from goal? Why not change the rule so that you can only be offside in this final 18 yards of the pitch? This would prevent the current condensing of play in the centre of the field and stretch it out further. Assistant referees would only have to consider the issue in a smaller area, and it would surely result in fewer incorrect decisions.

And while we are considering rule changes, what about free kicks? These are meant to be an advantage to the side who get awarded them, and currently the opposition have to retreat 9.15 metres. Why such a small distance? Historical I suppose – ten yards. Why not extend this distance to 15 metres to give a real advantage?

The laws of the game were established over 150 years ago. Since then the average height of human beings has increased by more than 10%, we can run more than 10% faster, and jump more than 10% higher and longer. Perhaps the pitch should now be extended to be 10% longer and 10% wider, and the goals should be 9 feet high and 9 yards across to allow for the increased performance of the human body?

There are very few changes that are ever made to the laws of the game or the interpretation of rules. And the game has moved on considerably from when all the laws were drafted initially by Ebenezer Cobb Morley in 1863. Perhaps the last really significant change was the introduction of the deliberate back pass rule almost 25 years ago. Yes, the offside law is tinkered with from time to time to such an extent that the viewing public and the players themselves get confused by first phase, second phase, interfering or not interfering with play etc.

The game of football is simple and great, but let us not rest on our laurels. In most spheres of life changes are made with the intention of improving something. We can do the same with the beautiful game. The International Football Association Board (IFAB) Play Fair document is a step in the right direction. Historically IFAB have always taken rather a conservative view or attitude towards any proposed changes, and in any event FIFA has 50% of the votes when it comes to considering any amendments. So while FIFA hold such power then I fear nothing much will happen. It will be interesting, however, to see the reaction throughout the world to the proposals made by IFAB which are more radical than we have seen before, and in some instances would bring a definite benefit. But in my opinion they don’t go far enough.

2 thoughts on “Play Fair 5: Crime and Punishment Under the Hammer”